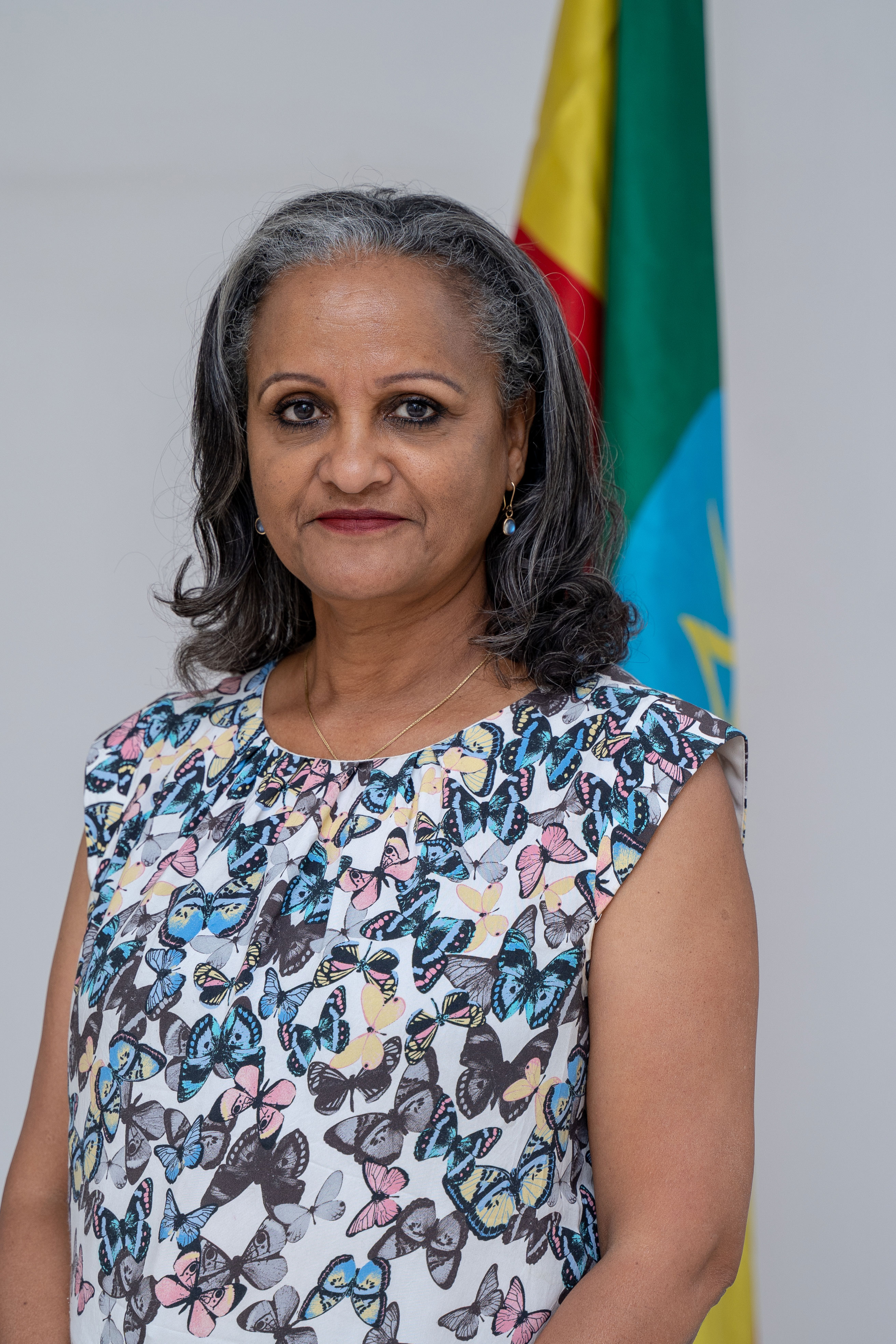 Born in 1960, Bizuwork Ketete received her high school degree in Greece, and her university degree in Linguistics from the Department of Foreign Languages at the University of Cuba, Havana.

After completing higher education, Bizuwork returned to her native country, Ethiopia, and has served in various institutions for 35 years. Among these are the former Disaster Prevention and Preparedness Commission, Ethiopian Television, Action Aid International (as Country Director in London, Ethiopia, and Rwanda) and as a coordinator of the Horn of Africa program at Safer World. She has also worked as a coordinator for an Ethiopian National Project at a German consulting firm working on disaster prevention and recovery. Since 2007, she has served as Senior Program Manager of the Good Governance Program at Irish Aid.

Bizuwork has developed numerous skills through participating in various professional trainings around the world. Bizuwork has served her country in various ways since 1976 and speaks fluent Amharic, English, French, and Spanish.